The Saturnalia begins today. Since ancient Rome was one of George R.R. Martin’s inspirations for Old Valyria, the Targaryen homeland, here’s a costume pattern inspired by House of the Dragon.

Costumes for HBO’s big-budget Game of Thrones spinoff were designed by French costume designer Jany Temime. An early collaborator of Alfonso Cuarón’s, Temime is best known for her work on the Harry Potter and James Bond films.

McCall’s dragon appliqué is a hint that its 2022 cape costume pattern is inspired by Rhaenyra Targaryen (ancestor of Daenerys). 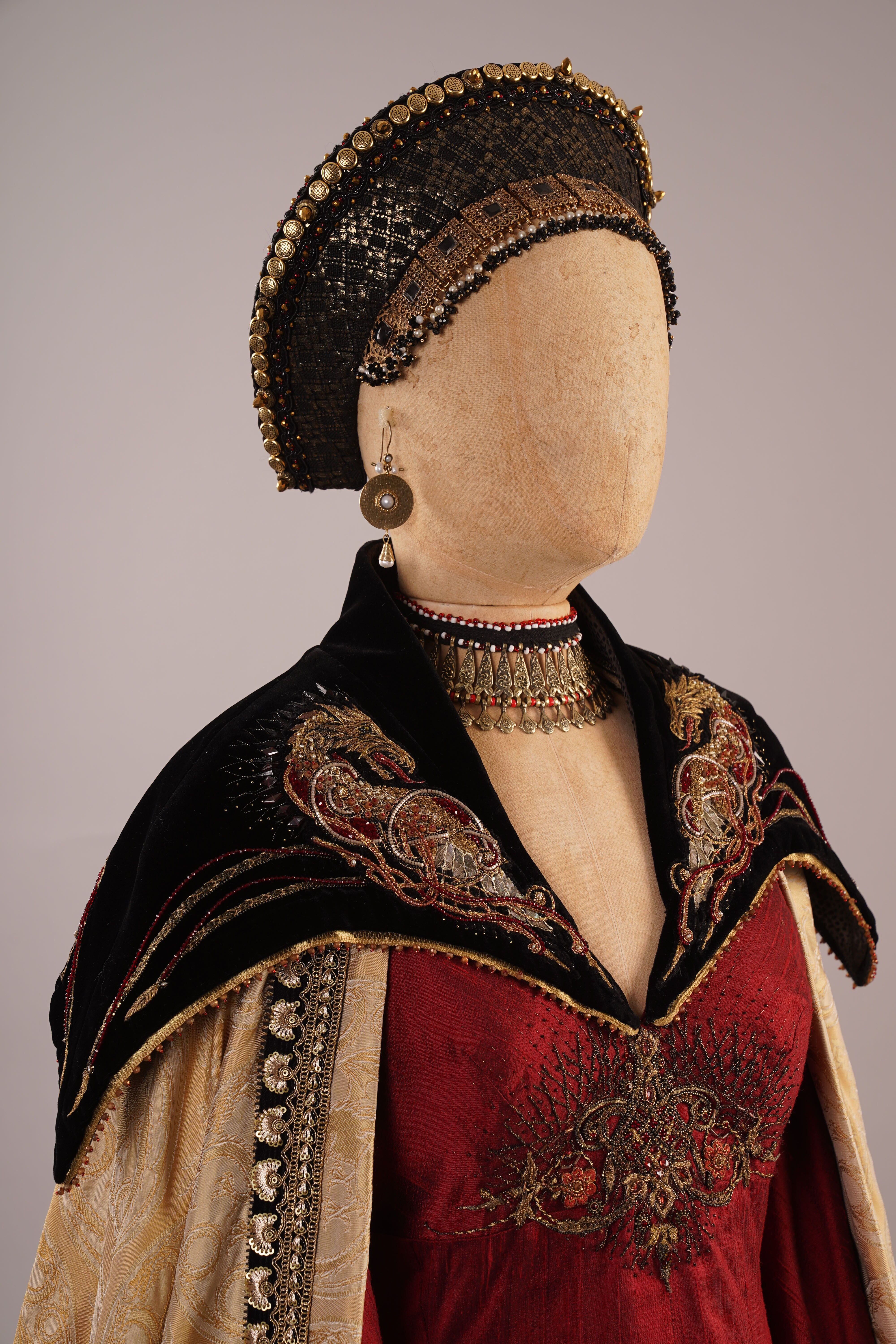 Embellishment bonus: Did you know that Game of Thrones embroiderer Michele Carragher has a book out? Read more at her website.

Read all my posts on GRRM-inspired sewing:

The cape trend of the last two years shows no sign of abating. (Read a Fashionising post about the trend here.) In terms of sewing patterns, Donna Karan’s V2924 was ahead of the trend (see Erica B’s version here) and this fall we have V1322 by DKNY. Paco Peralta has several cape designs available including the sculptural Funghi. In vintage reissues, Butterick has re-released some vintage cape patterns in their Retro line: B6329 (from 1935) and B6411 (a reissue of Butterick 4570 from 1948).

I often find myself reaching for the vintage version of a current trend, and I’ll have a cape project to share with you soon. While looking for the right pattern, I was struck by the variety of cape designs over the decades. Here’s a selection of vintage cape patterns from the Twenties to the Eighties.

Two 1920s patterns in my collection have capes with interesting details. This mid-Twenties pattern for a dress by Renée also includes a cape with button/strap closure:

And I still love the pointed yoke of this Miler Soeurs cape (see my grey version here):

The Thirties were a good decade for capes. This 1936 copy of McCall Style News shows a matching cape and dress ensemble:

Sewing bloggers’ 1930s capes show how contemporary these vintage outerwear styles can look today. Debi’s mid-Thirties cape pattern has a similar look to the ensemble illustrated above, but with a false front creating the illusion of a matching jacket. Click the image to see her finished version:

The fashion for capes continued into the Forties. The decade’s strong-shouldered silhouette is visible in these two cape patterns from my collection. The first, from the early ’40s, has a pronounced, boxy shape and optional broad stand-up collar:

The second cape shades into New Look sleekness, with a narrower collar and lower hemline:

In the Fifties, capes showed a de-emphasis on the shoulders and a fullness that carries over to the early ’60s. Vogue 1089 by Robert Piguet is actually from 1949; I thought it might really be a capelet, but the envelope description calls it a “flared cape with diagonal double-breasted closing below soft shaped collar”:

Here’s an illustration of the Piguet ensemble by Bernard Blossac:

This mid-Fifties cape by Jacques Fath has big, buttoned cuffs at the arm vents. The shaped collar is part of the suit underneath:

The Sixties were another good decade for capes. On this Vogue Pattern Book cover, Wilhelmina Cooper exemplifies the “thoroughbred look” of Fall 1963 in a tailored yellow cape:

This elegant cape by Nina Ricci has a wide shawl collar and is shaped by released inverted darts. The model is Maggie Eckhardt:

This late ’60s design by Pucci is modelled by Birgitta af Klercker and was photographed in Rome at La Cisterna:

As the Seventies progressed, capes generally kept their collars, but gained a new fluidity. This mid-Seventies Halston “poncho-cape” has a collar and button front, but is reversible:

This late ’70s Chloé design by Karl Lagerfeld, featuring Jerry Hall, includes a three-quarter length, circular cape with pointed bias collar. The cape gets its strong shoulders from an inside button and tab at each shoulder:

In the Eighties, fluidity gained the upper hand, as seen in these full, collarless, and unstructured capes by Yves Saint Laurent:

Would you wear a vintage cape, or do you prefer the cape’s more recent incarnations?